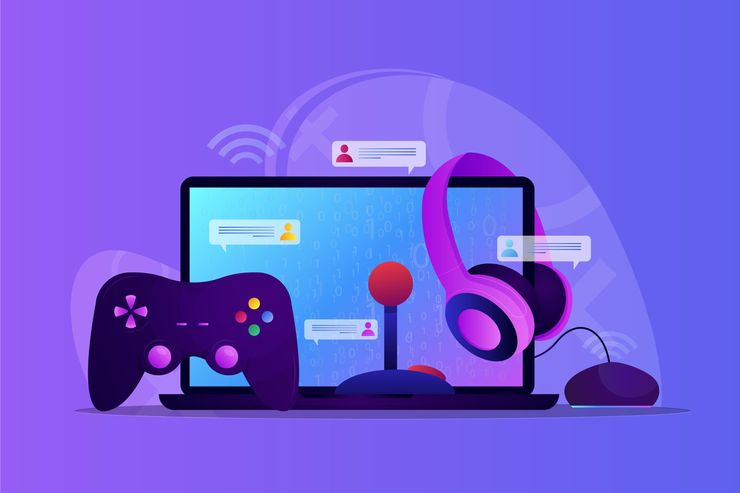 While the video game genre used to be very distinct, that’s not the situation today. Understanding the various types of games is becoming increasingly essential, especially since game makers keep mixing and matching different games in new and unexpected ways.

In the end, the world of video gaming is constantly evolving. Studios follow strict deadlines and, when necessary, follow the latest trends. We’ll be there to stay on top of. We’ll look at 10 of the most popular types of games currently on our list of video game genres.

In video game genres, people are more familiar with the term “sandbox” from its use in technology or perhaps from an open-ended mode found in some games. It frequently has relaxed surroundings, non-linear gameplay, and player choice themes. The sandbox video game genre has expanded from a little niche to include a vast array of games.

In this video game genre, Players frequently have fewer defined objectives and possible storylines. You might have to complete a range of chores that you can complete in various ways in addition to defeating the boss and rescuing the princess. Players are drawn into more immersive experiences, which promotes experimenting with potentially new mechanics.

Real-time strategy genre of video games existed for years before most players knew the genre; the word was initially created as a marketing technique for Westwood Studios’ Dune II. The RTS video games genre continue to stand out in the video game industry due to their enduring appeal and the development of new subgenres.

In this video game genre, especially Dune II, human and AI players control several factions and engage in simultaneous, “real-time” combat against one another. This is how real-time strategy, as opposed to turn-based strategy, came to be. These types of games frequently have a top-down perspective and involve resource and map management.

In this video game genre, the player usually assumes the role of a hero or other character in a fantasy or science fiction scenario.

This videogame genre typically contains a straightforward plot and setting broken up into a series of quests. RPGs can be traced back to the tabletop game Dungeons & Dragons, where they first appeared. Some of the most played types of games are role-playing games.

One of the most played types of video games is the first-person shooter. This game genre is included in the subgenre of the action games.

The games in this video game genre are played from the perspective of the main character.FPS games present the story and setting from the character’s point of view, in contrast to third-person shooter games where the player sees a character from behind.

They emphasize weapon-based warfare and have three-dimensional environments. You see what the player sees when you play.

Sports Games, no doubt one of the most popular video games genres and also a well-liked video game genre of the gaming industry, given the enormous fan bases of several sports, including the NFL and soccer. In these types of games, Gamers can select to play as their preferred athletes or teams, honing different talents while having fun or competing for trophies.

The ability to lead teams can also be an option in this game category, increasing the gaming experience’s strategic component. The players and venues in video games are becoming more lifelike as graphics technology advances.

Fighting games are a branch of the well-known video game genre known as action games. Combat, typically hand-to-hand combat, is the primary action emphasis in fighting games like Mortal Kombat and Street Fighter II. Most fighting games have a cast of playable characters, each with a distinct set of skills or combat techniques. In these types of games, players battle their way to the top, facing increasingly challenging foes as they advance. These genres of video games are worth checking out.

Puzzle games are video games that make use of logic. In this video game genre, players must solve a certain problem in order to progress. Nearly these types of games have a single screen or a small playing space.

There are two subgenres of puzzle games, and they are:

Action video games are an admired video game genre and are a branch of survival games. These video games are based in complicated open-world settings. In this game genre, players must survive as long as possible. The player typically begins out with essential tools and gains access to more advanced tools as they advance. To live, players must make their tools, weapons, and homes. The superiority of the resources increases as the difficulties become more severe. It is once again one of the best video game genres to explore.

Action games, real-time strategy games, and role-playing games are all combined in MOBAs. As a result, these games are often known as real-time action strategies or just “A-RTS.” In this sort of video game genre, the player assumes control of one character on a team and a particular responsibility. Support is one of these roles, and players who play it try to draw the enemy’s attention away from their team members who are attacking the enemy. The ultimate objective is to defeat the other teams and destroy computer-controlled forces. Players don’t build and maintain resources like battle troops or bases in MOBA games.

Stealth games are a popular video game genre that requires a high level of experience  and skill because of its challenging tasks, the player is expected to act cunningly and complete their task via deceit and cunning. Are you a skilled enough gamer to covertly move from one side of the map to the other? This type of video games are moody, challenging, and open to experimentation.